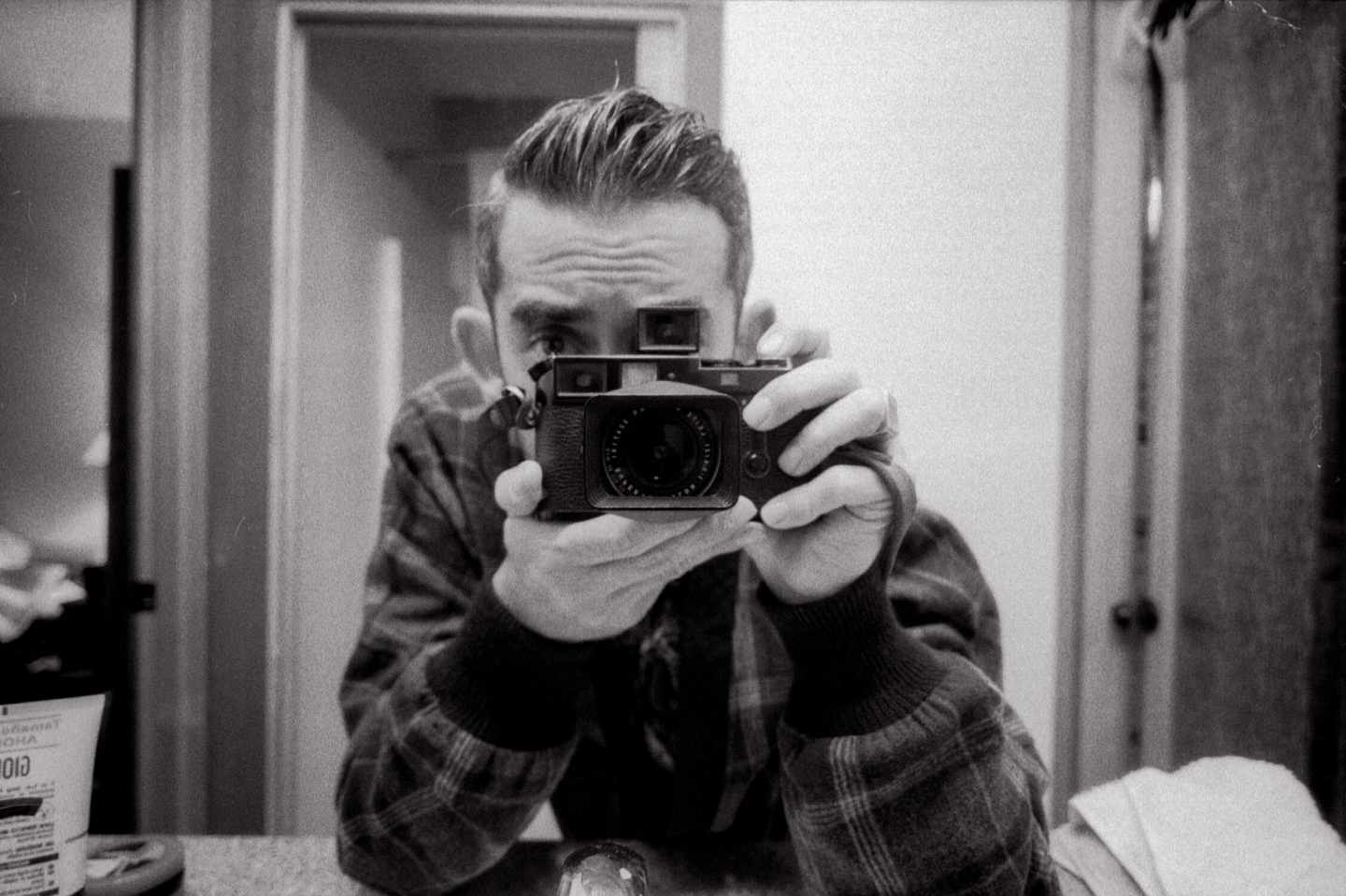 Nicholas is a 33 year old photographer and professional trumpet player from Humbolt County in California.

As a musician, he is used to lugging around bags, and so understandably shies away from one when it comes to shooting pictures. Instead, Nicholas dons a sharp suit, sticks a few rolls of film in his pockets, and steps out with his trusty black paint Leica M2 – which is understandably his favourite camera. 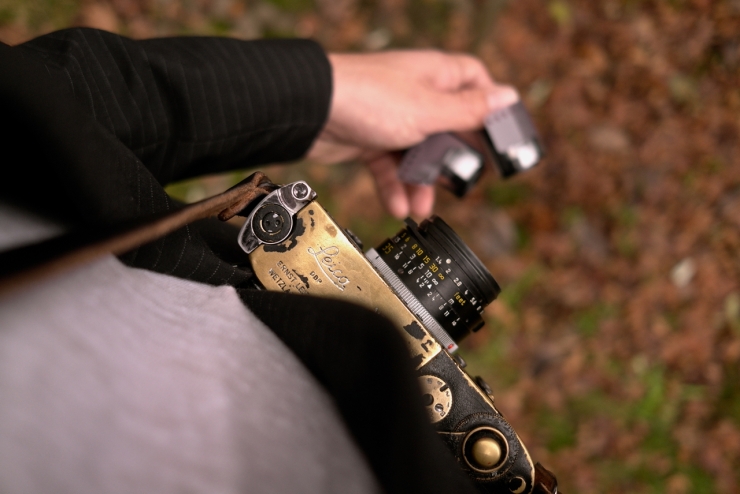 I love my Leica M2, it looks like it came out from the bottom of the ocean, all brassed out.

Taking pictures from a young age, Nicholas has become a master of natural black and white portraits, and is responsible for some of my all time favourite pictures on Flickr. 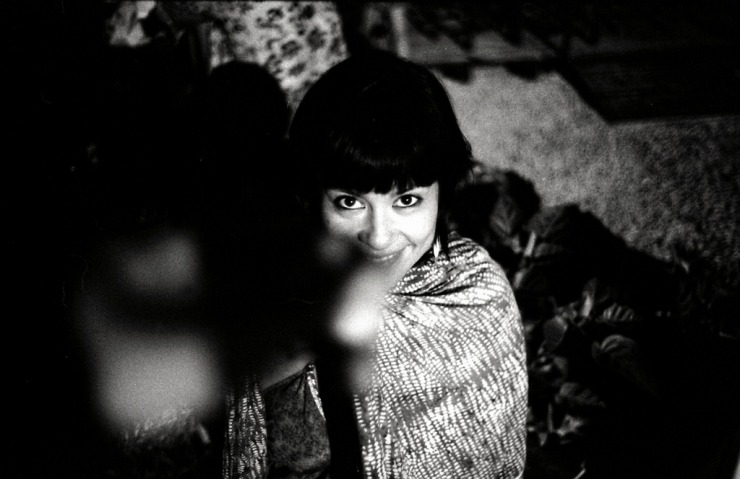 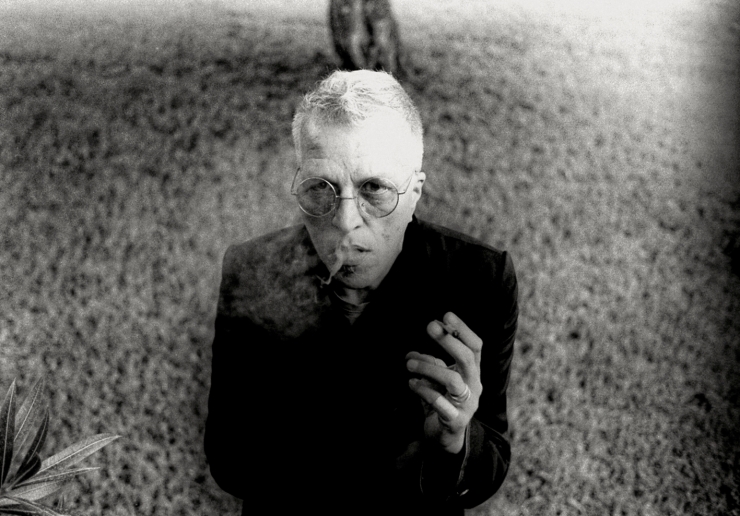 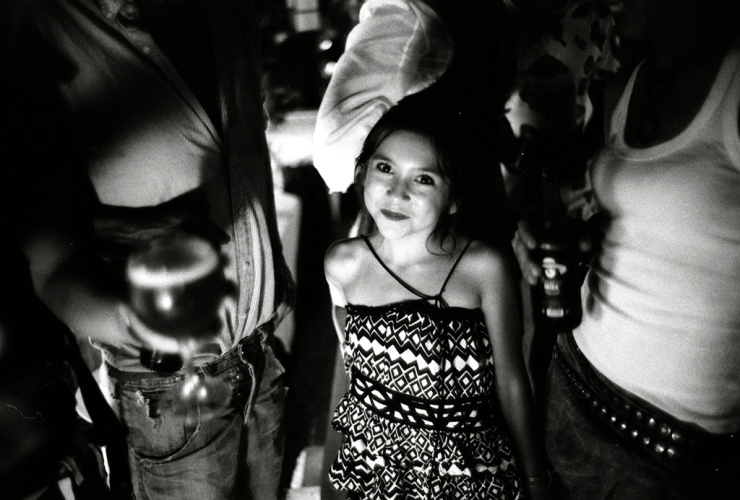 With the proliferation of phone cameras, we now find ourselves awash in carefully scripted pictures of people that lack depth or soul. For that reason, it is all the more thrilling to discover somebody with that rare and unmistakable talent of being able to capture genuine emotion from their subjects; giving an ambience of authentic moments that lie outwith the carefully composed. 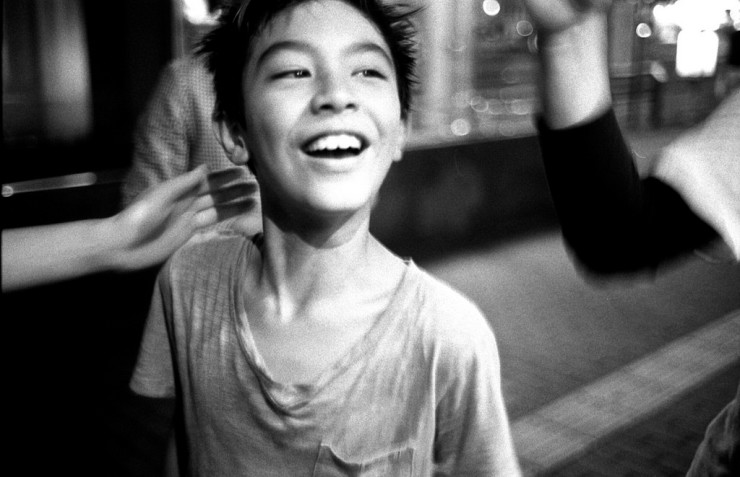 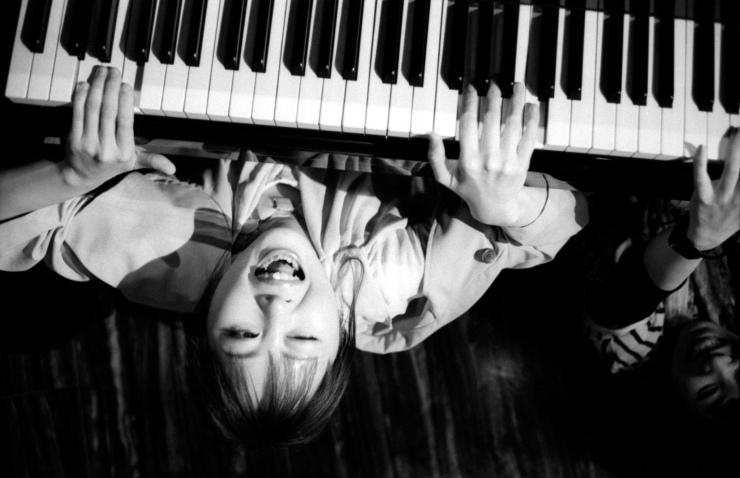 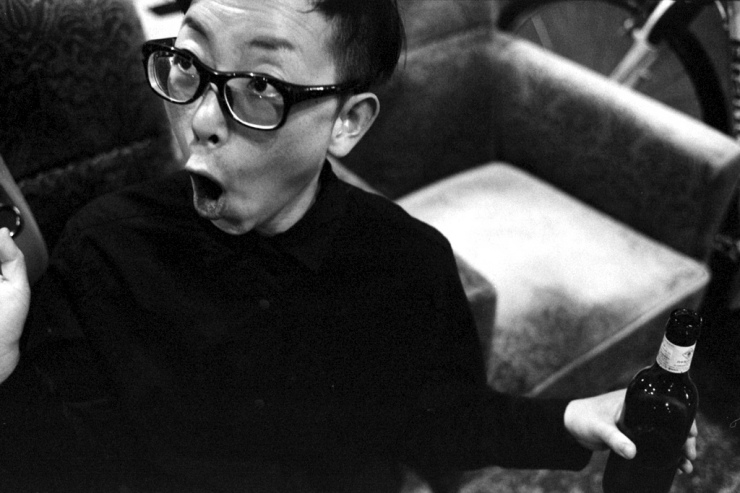 Photography has made me see life and normal everyday things special. I could be talking to someone out at a bar and acting like I’m listening to them, but really I would be observing how the light hits their shoulders and composing pictures with my eyes. […] I can’t stop seeing photos everywhere. 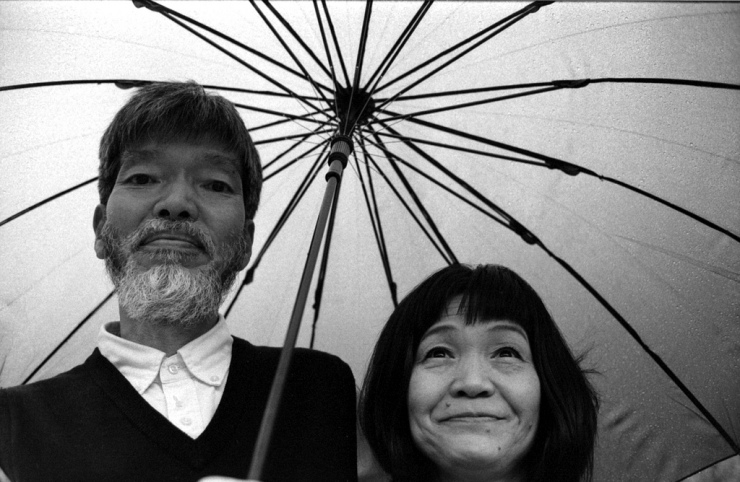 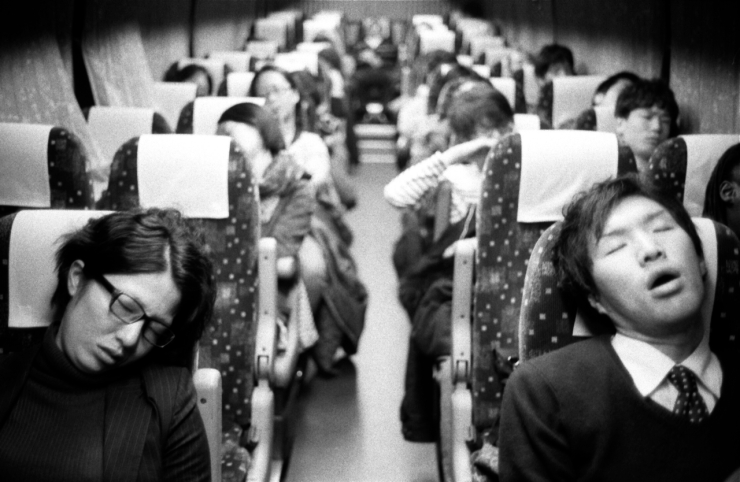 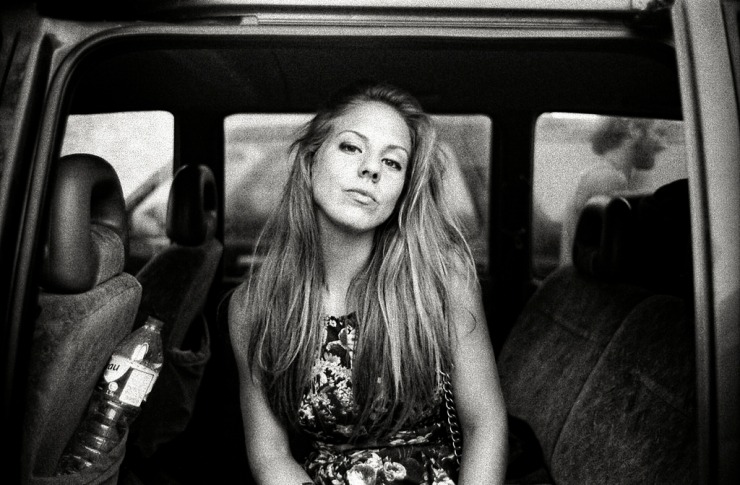 It isn’t just others that Nicholas takes photos of though. He also has a fantastic collection of self-portraits, each giving a glimpse into the life of the photographer himself, along with his superb style – and often featuring his trusty M2. 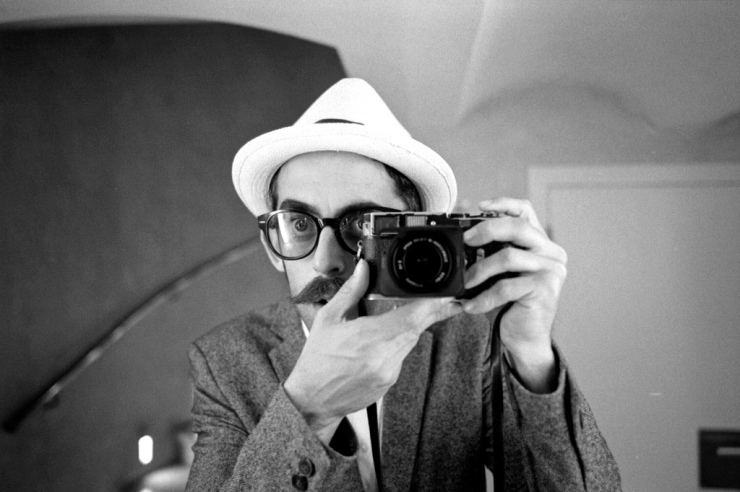 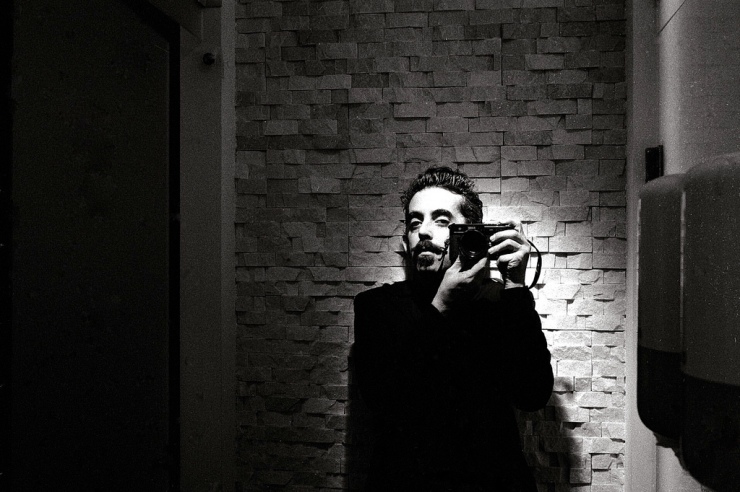 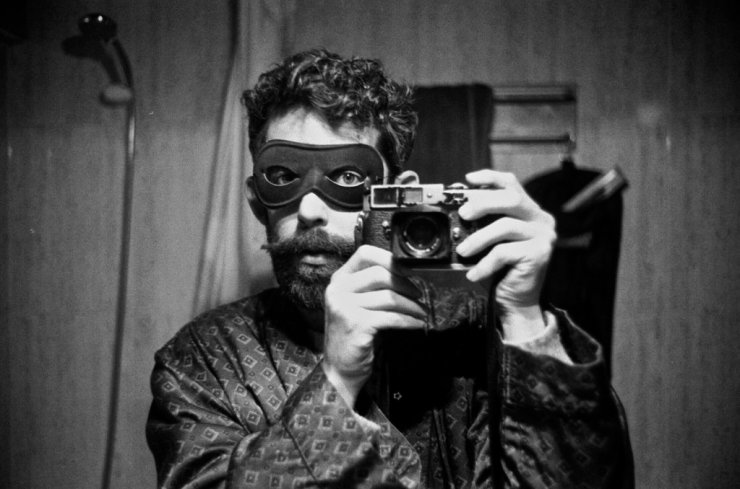 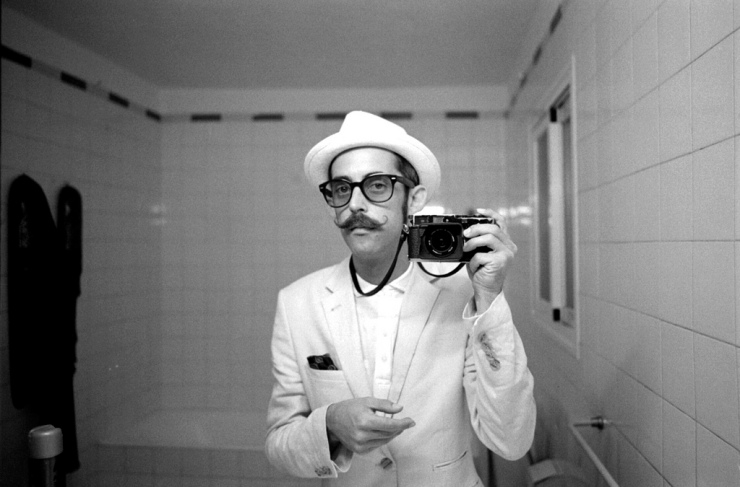 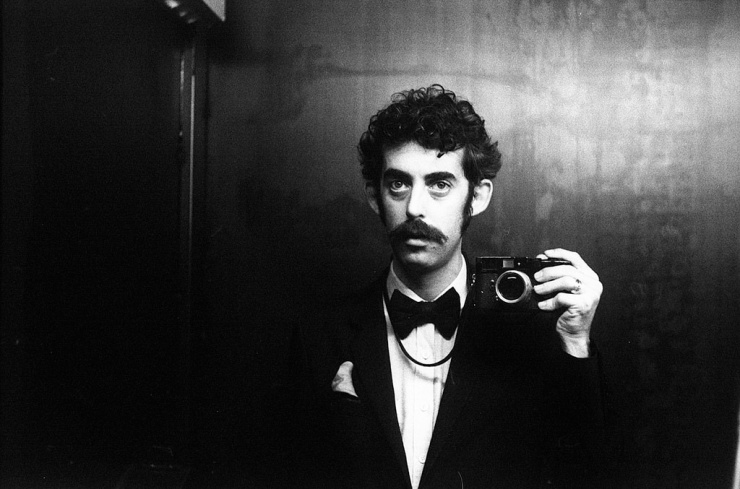 Digital just doesn’t do anything for me, the loss of mystery I guess…

Nicholas work is proof that you don’t have to shoot in colour to express vibrancy. His shots are full of life, and act as an inspiration to get out there and live a little bit more than we are just now.